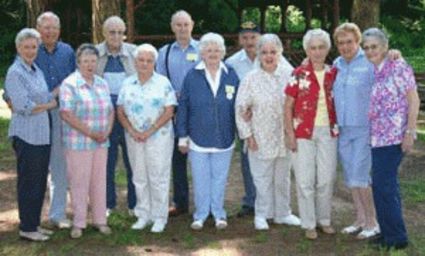 Members of Sweet Home?s Union High School Class of 1939 gathered July 13, as they have annually for 16 years, at Sankey Park, to celebrate the 66th anniversary of their commencement ? and another year of friendship and life.

?We?re old codgers,? said Arlene Sportsman Sorseth, one of the 12 ? all over 80 ? who returned from last year?s event.

The fact that last year?s group was back intact was a point of pride.

?The same ones who were here last year are here this year,? said Lelia Morehead Cole, one of the organizers, who was a schoolmate of Sorseth?s all 12 years in Sweet...