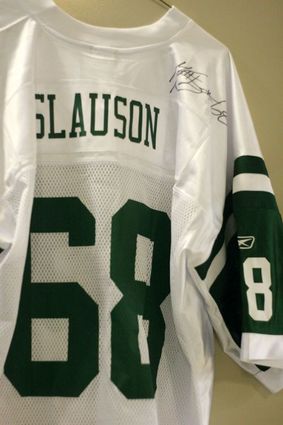 The drawing will be held at halftime during the boys’ basketball game on Feb. 7. The game starts at 7:15 p.m.

Slauson was a season-long starter at right guard this year for the Jets, who lost 24-19 to the Steelers Sunday in the AFC Championship Game in Pittsburgh.

Slauson played football for three years at SHHS before moving to Colorado Springs and then became an all-conference offensive lineman at the Univ...