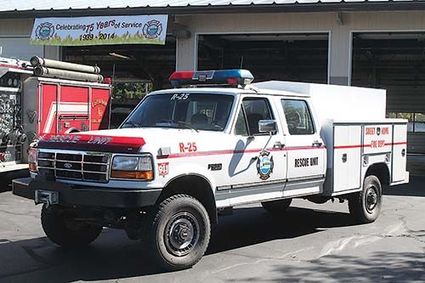 Photo by Sean C. Morgan RESCUE 25 is at the top of the Sweet Home Fire and Ambulance District’s list for vehicle replacement.

Fire Chief Dave Barringer is working on a bond levy proposal to go the Sweet Home Fire and Ambulance Board of Directors and Sweet Home area voters to replace a general obligation bond levy that expires next year.

Among purchases the district made with the current levy was the aerial truck, which carries a 105-foot ladder.

But going forward, the district will need to replace fire apparatus and an ambulance, Barringer said. The proposal will also include funding for building and grounds maintenance and improvements.

The district’s officers met in July to evaluate the condition of its ve...