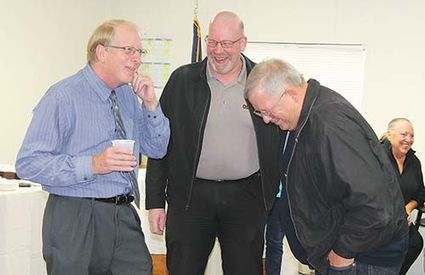 Martin, who had been city manager since 1997, entered an agreement with the City Council April 19 to enter involuntary retirement effective on Friday, April 30.

“It tears at my heart, actually,” said former Mayor Craig Fentiman. “I hired him.”

Martin, a Sweet Home High School graduate, came back to Sweet Home from a county parks and recreation department in Wenatchee, Wash. He had no city management experience at the time.