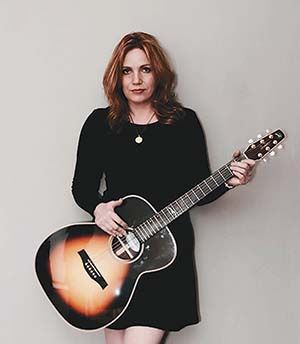 Sunshine Industries will present a monthly concert series through the winter months to raise money to help pay for its operations.

It has two concerts scheduled and will add more shows monthly through late winter or early spring.

The first concert will feature Melody Guy at 7 p.m. on Oct. 8, with local band Jobe Woosley and Co. opening.

No concert will be held in December because the month is already busy with Christmas activities. Organizers plan to schedule the next show in January.

The series will likely run until April, when Sunshine Industries hosts its annual spaghetti feed.

“What we’re doing is getting professional musicians, people that you might not know and hear but you know who they’ve played for,” said Executive Director Roseanne Lupoli. “We’re trying to get less dependent on Medicaid.”

At the same time it helps Sunshine, Lupoli said, staff members want to provide something of value in exchange.

In addition to helping fund Sunshine activities as it expands its programs, “it also gives our community something to do,” Gill said, noting that the entertainment is for all ages.

Guy is a former Oregon resident who now lives in Nashville, Tenn. Beckman is a Portland resident.

Guy has shared stages with numerous country performers, but her style tends toward “Americana,” Lupoli said. Beckman tends toward the blues.

Guy has some connections with Sunshine’s mission, Lupoli said. She has a son with Asperger’s Syndrome, which inspired her to write the song “Mistakes Like Me,” which was performed by country artist Sherrie Austin in the Grand Ole Opry.

Beckman has played the David Letterman Show, the Kerrville Folk Festival, the Waterfront Blues Festival and more, entertaining audiences with what John T. Davis of the Austin American Statesman called “a voice that rasps like shoe leather on roadside gravel and a finer-picked guitar on which notes fly by like railroad tracks under a fast-moving freight.”

He has backed up Tom Russell, Bo Diddley, the Shirelles, B.B. King, Emmy Lou Harris, the Band and Dan Hicks.

The Point is donating drinks. Proceeds from those sales will benefit Sunshine.