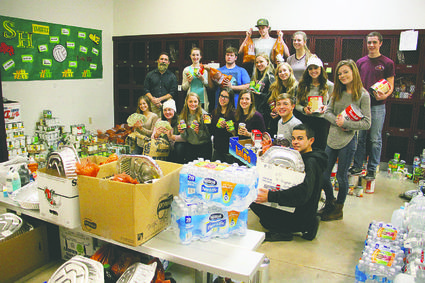 Sweet Home High School students collected 5,117 pounds of food during their annual Stick it to Hunger Can Drive, which ended Nov. 17 with a rewards assembly in which staffers paid off wagers with a variety of stunts.

The haul was nearly five times what last year’s student body collected and included some $3,000 in cash, a third that during the assembly.