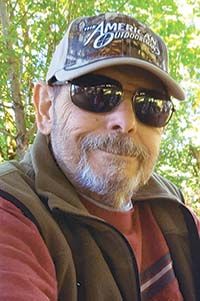 He was born Aug. 5, 1940 in Lebanon, the son of Byron and Nancy Iona (Herring) Culbertson. He lived briefly in Bend as a child, but spent most of his life in Lebanon.

Mr. Culbertson served in the U.S. Navy on the aircraft carrier USS Yorktown, based out of San Diego, from 1959 to 1963. Over the years he worked for Linn Gear and NORPAC.

He loved reading and gardening. He collected and worked on tube radios. Mr. Culbertson liked to go on drives and attend knife shows.

He was a member of Riverside Christian Church.

A memorial service was held March 26 at Riverside Christian Church in Sweet Home.