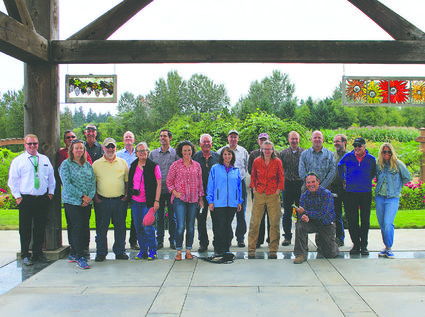 Cascade Timber Consulting at the end of August celebrated the 100th year of the 1917 Trust established for members of the Hill Family.

The Trust has ownership and management responsibilities of more than 100,000 acres of timberlands in east Linn County, conducted locally by CTC.

CTC President Dave Furtwangler said the event was celebrated during an annual business meeting, which drew about two dozen family members and advisers from Minnesota during the week of Aug. 20. They also visited the Oregon Garden Rediscovery Forest, which is supported by the Hill family.

They viewed the eclipse l...