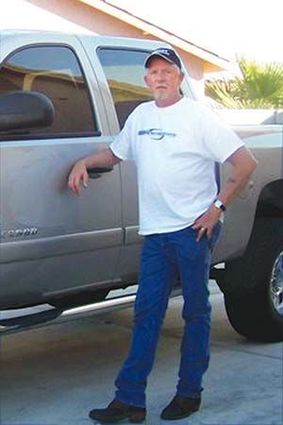 After high school he joined the Marines and was shipped off to fight in the Vietnam War until 1969. He served his country with pride and honor.

In 1971, he moved back to Sweet Home and married Carla Gange and started a family. They raised a son, Chuck, and a daughter, Staci, before divorcing in 1996.

He then moved to Las Vegas, Nev., where he married his wife Tracy (Turner) and became a manager at Las Vegas Harley Davidson.

He returned to Sweet Home in 2012 to be closer to his family.

He is survived by his father Clair; wife Tracy; children Chuck (Shauna) and Staci, grandson Nick; sister Claire Jean Henthorne; and his beloved pit bull Cisco, all of Sweet Home; and brothers Mike (Deborah) of Florida; and Pat (Elaine) of Nevada.

He was preceded in death by his mother, Bonnie.

A memorial service will be held Saturday, Sept. 30, at 1 p.m. at Community Chapel in Sweet Home.