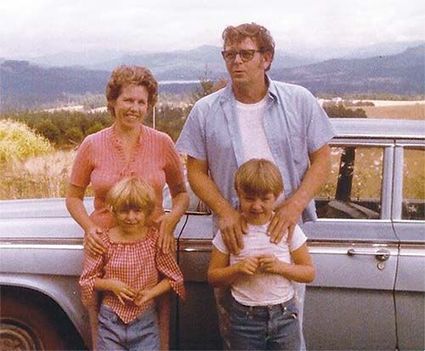 Tom Kittson with his family

On Oct. 29, Duane “Tom” Kittson passed away in the home of his ex-wife, Avis Kittson, surrounded by his two children, Thomas Kittson and Rachel Kittson-MaQatish.

Tom and Avis were married for 13 years and then divorced. Later, when he suffered a massive stroke at the age of 52, his loving ex-wife allowed him to move into her home. She cared for him for the next 26 years.

He was raised off and on in Sweet Home by his mother, Edna Kittson, in Salem by his grandmother, Mary Lewis and Uncle Orlin...