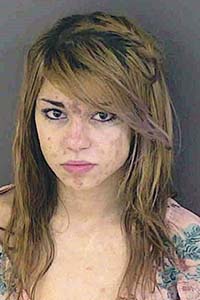 Kendra Lynne Montoya, 19, of Sweet Home, pleaded no contest to and was convicted on a charge of first-degree forgery stemming from an incident on Sept. 12, 2017 involving alleged attempted use of counterfeit money.

The maximum penalty is five years in prison. She is lodged at the Linn County Jail. According to the inmate roster, she is scheduled to be released on Feb. 24, 2018 on the charge.

A charge of criminal possession of a forged instrument from that same date was dismissed.

Montoya submitted pleas in several other cases on Jan. 8 for charges including theft and possession of a contr...