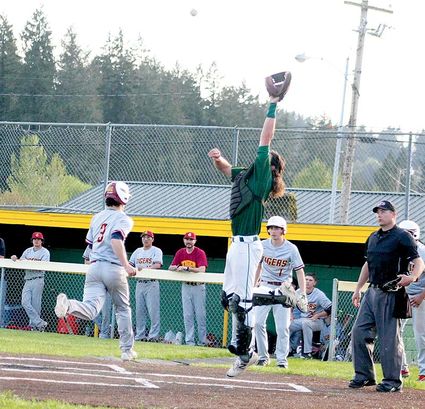 Tied for first last week with Junction City in baseball, the Huskies lost two extra-inning games to Junction City at home on April 24 and Wednesday and then turned around and won both games of a doubleheader against Sutherlin at home Friday.

The Huskies continued started the day April 24 finishing the second game of a doubleheader from April 6. The second game had been tied 8-8 after eight innings when the game was called due to darkness and was rescheduled to continue later. Junction City won the game 9-8.