SH man, 70, gets 25 years after pleading guilty to sexual abuse 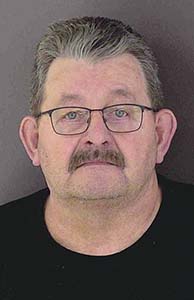 John Edward Birman, 70, was sentenced to 25 years in prison on four counts of sex-abuse related charges on May 9.

Birman was arrested on Jan. 6 at a residence on Osage Street in Sweet Home.

He faced 21 counts of sex abuse-related charges that were alleged to have occurred in Sweet Home and Lebanon between 2011 and 2014.

The other 17 charges were dismissed.

According to court documents, there were three alleged victims who were all under the age of 16...