Book about local family's adoption journey about to hit shelves 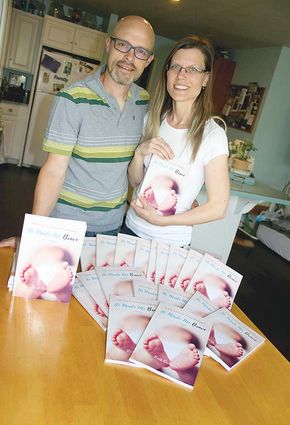 JASON AND PAM OGDEN will release this book, "He Made Me Brave" on June 14.

Sweet Home author Pam Ogden's new book, "He Made Me Brave," will be released June 14.

"He Made Me Brave" chronicles the journey she took with her husband, Jason, to South Korea to adopt their youngest son, Hudson.

The Ogdens always wanted six children, but that wasn't in the cards after a series of high-risk pregnancies and premature births threatened their first four babies. That prompted them to adopt, and they always knew that if they adopted one they would want two adoptees.

When they initiated the process to adopt a second child, this one from Japan, Pam began a blog about it, usin...