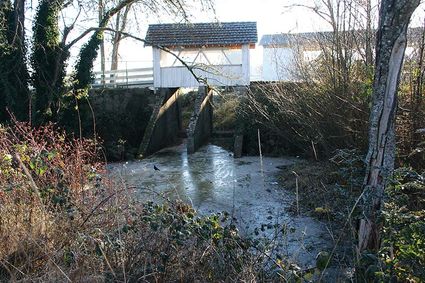 DAHLENBURG BRIDGE, center, is one of the focuses of the city's plans for Sankey Park, which got approval from the Planning Commission Monday night, June 18.

The commission voted 7-0 to approve a conditional use permit for a variety of planned improvements that officials expect to expand the number of people using the park.

Two persons testified during the hearing, with a property owner and a tenant criticizing one planned pathway.