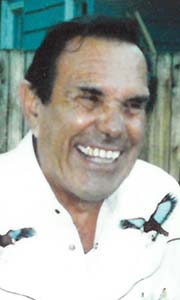 After his father's death, his mother married Harold C. Eastin, who later adopted him.

Mr. Eastin joined the U.S. Marine Corps and served from February 1954 to March 1958. After his discharge, he worked various jobs in California and Texas.

He returned to California and was employed for 20 years with the San Diego Transit District and retired in 2003. He moved to Sweet Home in 2006.

Mr. Eastin was a member of Sweet Home E...