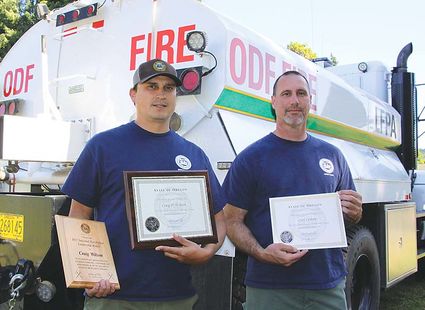 CRAIG WILSON, left, with colleague Carl Lemmer, has been named Oregon Department of Forestry Seasonal Firefighter of the Year.

Craig Wilson, a Sweet Home teacher who spends his summers as a member of the local Oregon Department of Forestry fire crew, has been named the state's Seasonal Firefighter of the Year .

Miller, in his nomination letter, said Wilson is well-trained and knowledgeable in procedures for...