SH man gets 8 years for sodomy 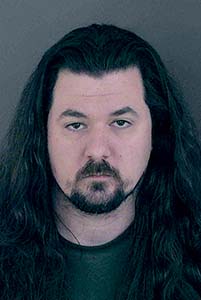 Shoemaker will remain on post-prison supervision for 20 years after his release. He is not eligible for a reduction in sentence, release programs, leave from custody or work release. He was fined $200.

Shoemaker pleaded guilty June 7 to first-degree sodomy involving a child under 16 years of between Feb. 1 and March 10.

He was originally charged with two counts of first-degree sodomy.