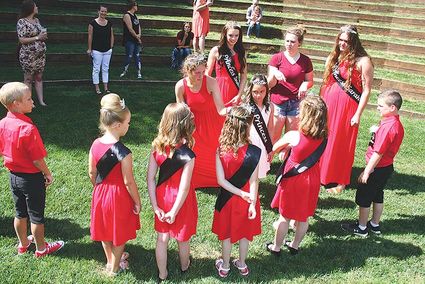 Ten children are members of a new Junior Sportsman's Holiday Court that has been established this year.

"The last time there was a junior court was in 2007," Burcham said. "And Kylie was on the junior court. We thought it would be kind of cool that she coordinate the junior court. I just wanted to do it again with Kylie, and I want to promote Sportsman's Holiday."

The most recent time Sweet Home had a junior court was in the 1970s, Burcham said.

Burcham and Mary Sue Reynolds, who had coordinated the Sportsm...