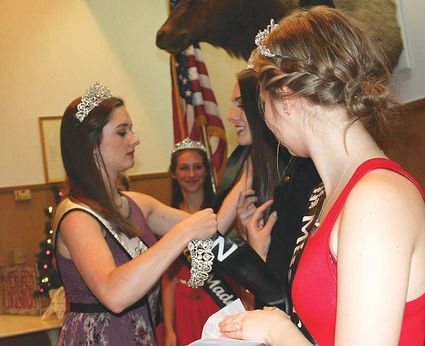 She declared Sportsman's Holiday open and then presided with her court over festivities for the next two days, including an appearance on stage during the Chips N Splinters show Friday night, July 13, at the High School auditorium, the grand parade Saturday morning and then at the Logger Olympics Saturday afternoon.

Pop Warner Football received the Grand Sweepstakes award in the parade. The Sweet Home Cheerleaders were the Court's Choice.