Local man clocks out after 42 years at Foster plywood plant 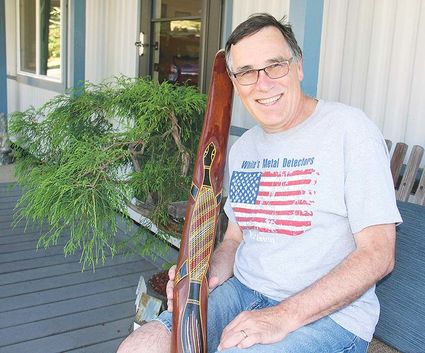 ERIK DUNCAN, holding his new didgeridoo and sitting next to one of his bonsai trees, plans to stay busy after 42 years at Foster Plywood.

Erik Duncan had never accepted a job that required an interview until last December.

That's because he had never needed one.

Duncan interviewed and accepted the job to finish out a 42-year career at the Foster's Murphy Veneer that ended July 1.

Duncan said he has done "everything" at the mill.

"I started out on the graveyard green chain," with Sam Galster, who recently retired after 45 years at the mill.