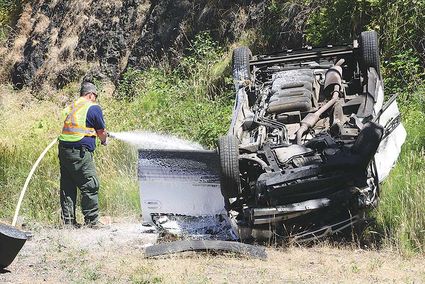 A Sweet Home man was fatally injured Tuesday, July 17, in a two-vehicle crash near the Highway 20 weigh station east of town.

After a head-on collision, Scott A. Wartena, 76, of Sweet Home died July 18 at the hospital due to injuries sustained in the crash, according to the Oregon State Police.

State police and Sweet Home Fire and Ambulance District personnel responded to a report of the crash at 2 p.m. on July 17.

Wartena was driving a 2001 Pontiac van west on Highway 20 when, for an unknown reason, the vehicle began swerving back and forth in both lanes of travel, according to a state...