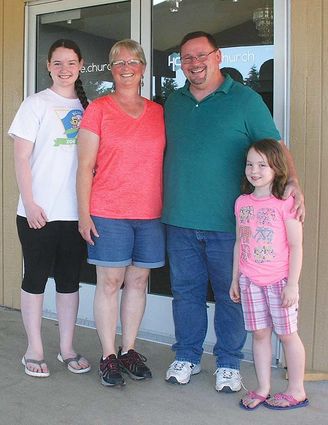 MARK OPPERMAN, the new pastor at the Hope Church, introduces his family. From left they are daughter, Zoe; wife, Robin, Opperman; and daughter, Noelle.

With a new pastor and a new name, the former Sweet Home Assembly of God will hold an official launch on Oct. 28 as the Hope Church.

The church changed its name last September when its membership voted to join the Hope Church in Albany. Today, it operates as the Sweet Home campus of the church.

The church held a...