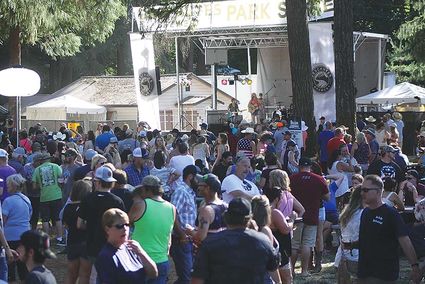 RHONDA FUNK and her band perform in a crowded Sankey Park during this year's Oregon Jamboree.

The Oregon Jamboree will need to look at new options for camping next year and city councilors are concerned about the length of time the country music festival keeps Sankey Park closed to the public.

Those were among the topics discussed during the Sept. 11 City Council meeting, in which Jamboree Festival Director Robert Shamek gave a report regarding the 2018 event, which was held Aug. 3-5.

The Oregon Jamboree is a three-day camping and country music festival held annually, typically during the first weekend of August. The event was founded in 1992, as a...