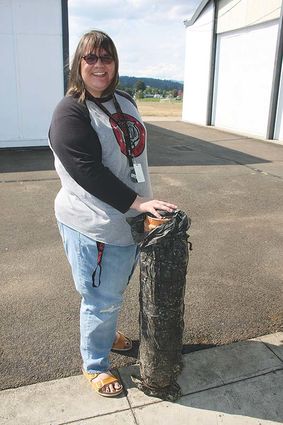 Where were you in '92? Burying a time capsule, perchance?

Actually, officials are not sure about that date, but they're looking into it after a crew digging up the old median area in the "island" in the Sweet Home Junior High parking lot found a time capsule apparently buried sometime between 1992 and 1994.

The time capsule was not marked and had become the topic of numerous rumors, said Vice Principal Terry Agustadt. People apparently knew there was a time capsule somewhere in the vicinity and had a number of ideas where it might be buried.