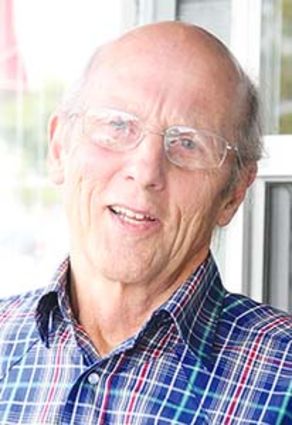 Gary Sullivan would like to charge much lower property taxes on residential properties.

It's about the little old lady scraping by who has to take a job at 83 years old to survive, he said. It's about forcing retired people back into the work force to make ends meet because the cost of living is artificially high.

Sullivan, 68, a Sweet Home resident is running for the Linn County Board of Commissioners Position One against Republican incumbent John Lindsey and Democrat Stephanie Newton. He is running in the Independent Party.

He is a retired construction carpenter and lumber mill worker, with an associate of arts degree in general studies from Linn-Benton Community College and an associate of applied science from Chemeketa Community College. He has attended the University of Copenhagen, studying international peace and conflict resolution; the University of Colombo (Sri Lanka), studying scientific mathematics; and Fullerton (Calif.) College, studying world religions and Asian civilization.

When he was younger, he traveled the world, living at times in Denmark, India and Nepal.

Sullivan has lived in the same home in Sweet Home for 43 years, he said.

"My property tax has increased to about 1,300 percent. I have now paid more than one and a half times as much property tax as my original purchase price."

As a carpenter who has slowly improved his home over decades, he views his home as his "art," Sullivan said, and the county increases the taxes.

"I'm paying the county for my own artwork."

He builds it inexpensively, shopping around for construction materials, and the county values it much higher than the actual cost, he said.

He specifically objects to the way the county presents its law levy requests. On the ballot, it said that it would not raise taxes.

If it were a statewide ballot, it would have been invalid, Sullivan said, but the rules are different for counties.

The county should have also explained the result of a "no" vote, which would have decreased property taxes, Sullivan said. "They should tell the truth and nothing but the truth."

The economy has changed substantially in the past four to five decades, and it made Americans the hardest-working people, while their dollars are worth less.

"Are we supposed to be proud of working hard?" Sullivan asked. The cheaper the labor, the stronger the dollar, and it pushes a lot of people into the labor market while making it difficult to earn high wages.

Against that backdrop, the property tax system "causes uncertainty and disincentive to improve privately owned property," he said. "It also imposes poverty and is oppressive, which degrades human potential for a very large percentage of the public. It's a crazy system to oppress people working long hours.

"The one thing we do control is property tax. We could just throw it away."

Additional funding for services could come from the state or federal governments, he said. Another alternative, a transfer fee of 5 percent on the purchase price of a property would have raised about $39 million in 2017.

If only the assessed value of the land, in its natural condition without improvements, were taxed, people would be free to improve their property without being penalized by escalating taxes, encouraging home ownership, home improvements, home investment, lower rent and increasing employment, commerce and standards of living, Sullivan said.

That's how countries like Denmark charge property taxes, and he's watched as the apartment where he lived has been demolished, replaced and improved over the intervening decades.

"They're being rewarded for improving their property," Sullivan said.

His proposal is for residential property only, not businesses, Sullivan said. "A home is fundamental to life."

Taxing a citizen's home is "taxing them to live," he said. "When I see these guys put up a hand (voting) to evict an old lady (in tax foreclosure), I don't like that."

Under the current tax system, the commissioners then use the tax dollars to "make themselves look good for the community," Sullivan said. They've put out $400,000 in earnest money in the hope the state will put an intermodal transportation facility in Millersburg instead of Brooks in Marion County.

The state should simply choose the best location, he said.

As a commissioner, he said, he would refuse to support frivolous spending on expensive computer programs, advisers and self-glorifying projects and eliminate wasteful spending, he said. He points to the county's timber lawsuit against the state, with legal expenses running nearly $4,000 per hour, expenses the county will be liable for if the commissioners ever back out of the case or refuse a settlement offer.

He doesn't like to take advantage, and he doesn't want to see anyone lose a home, he said. If people can't pay a tax bill, they should be able to do what other countries do and waive the tax.

The federal government should take care of military veterans, he said, but when the decision to site a veterans home in Lebanon went down to two locations, the commissioners asked voters for and received a tax increase and paid $12.5 million for 12½ acres.

It would have helped veterans wherever it was built, Sullivan said. That's a trophy.

"They don't see the community as people," he said. "They see it as a building. The county should protect people, provide security, which involves financial security – don't make life so expensive."

He suggests voting Independent this year, noting that Democrats and Republicans work together, similar to commercial rivalries like Pepsi and Coke, to eliminate third parties.

The parties convince voters to vote one way or the other because the other side "is so awful," Sullivan said, while freezing Independent Party candidates like Patrick Starnes out of governor's debates, "leaving out our best candidate and the only one not being paid off by big business."

He has a different perspective, Sullivan said, giving him a good focus.

"I will be cost-effective for the county," Sullivan said. "Because everybody is going to benefit that's a homeowner if I can influence and push the meandering river in the right direction."

He didn't start this race with the "delusion" he would be elected, Sullivan said. He mainly wanted to raise awareness about the issues with property taxes. The more votes he receives, the more the commissioners will need to pay attention to what he's saying.