Search on for SH man who allegedly rammed officer's vehicle 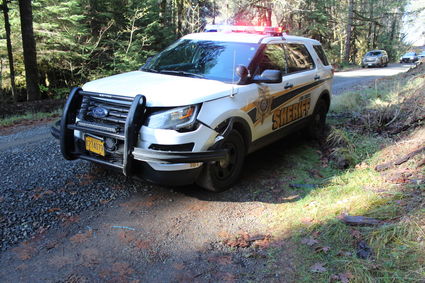 A Sheriff's vehicle sits on Cascadia Road after being rammed, allegedly by a vehicle driven by David Coats of Sweet Home, who then fled.

Yon said his deputies were involved in a pursuit Monday at 9:02 a.m. after they contacted a male in a parked vehicle near the intersection of High Deck road and Cascadia drive in Cascadia.

Deputies recognized him as David Russell Coats, 36, of Sweet Home, who is wanted on several outstanding warrants, including first-degree robbery and pending charges from additional cases.

A deputy told Coats to step out of the vehicle, Coats put the vehicle in reverse and rammed the front of the deputy's patrol vehicle twice, before fleeing. Deputies pursued Coats onto Highway 20, where speeds reached 90 mph. 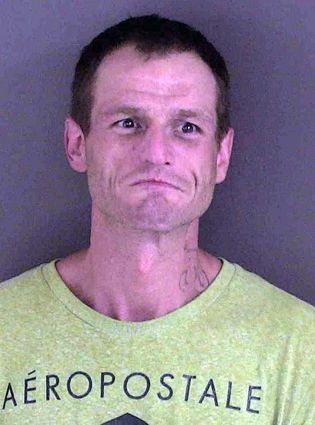 Deputies momentarily lost sight of Coats after he turned onto Latiwi Creek Road.  A quarter-mile up the road, deputies found the vehicle had rolled over. They looked in the vehicle, but found he had already fled the scene.

Deputies, including a K-9 unit looked for Coats for over two hours, but were unable to locate him. He was last seen wearing a dark colored hooded sweatshirt.

The deputies in the rammed vehicle were not injured and it is unknown if Coats sustained any injuries.  The vehicle Coats was driving was a 2008 gold Chevrolet Equinox and was later found to be stolen from the Sweet Home area.

Yon warned the public not to approach Coats.  Anyone who believes they see him or has any information on Coats' whereabouts is asked to call (541) 967-3911.