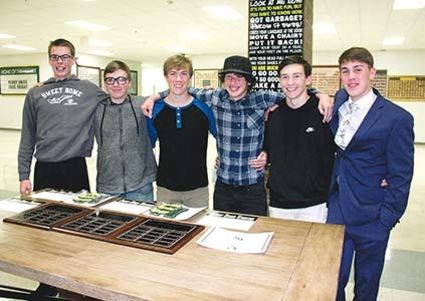 Austin Parrish was named the Most Valuable Player for the high school soccer team during the team’s annual awards banquet held Nov. 15.

He also received the Beckham Award (named after English soccer star David Beckham) for bending a corner kick into the goal. Coach Eric Stutzer said Parrish actually works on that, and the officials told him that was one of the best high school goals they had ever seen.

“I don’t think I have to go into the details” why Parrish was the team’s MVP, Stutzer said.