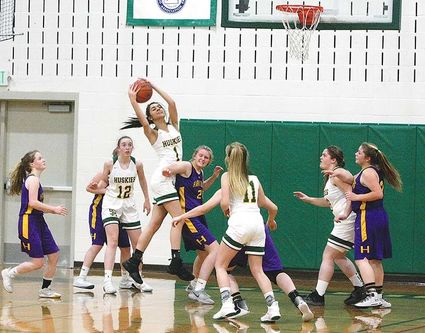 ALANA SILVER tries to take the ball to the hoop in traffic against Harrisburg.

Sweet Home's girls basketball team opened its season with a pair of losses, 66-15 to Salem Academy Wednesday on the road and 60-26 at home Friday to Harrisburg.

"I was really happy with our level of intensity," said Coach Michelle Knight. "We've been working on rebounding, and that's improving. The girls played hard all fou...