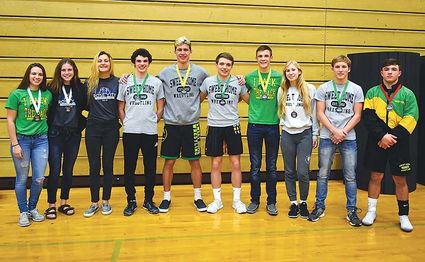 Sweet Home's boys placed second in a 30-team field over the weekend at the War of the Roses wrestling tournament at Westview High School in Portland.