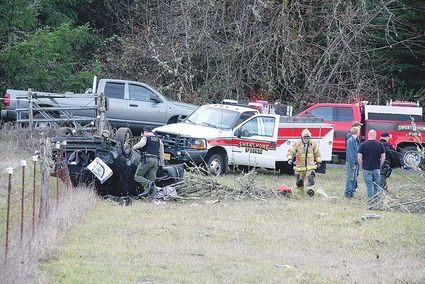 A Linn County deputy investigates a single-vehicle crash off Brush Creek Road Thursday afternoon. Emergency workers responded at 3:26 p.m. The male driver, Mikel Patrick, was transported to Riverbend Hospital in Springfield where he was in intensive care. He was charged with driving under the influence and reckless driving after failing to negotiate a curve, hitting a tree and flipping his vehicle multiple times, according to the police report.