After half a century in Sweet Home, Santiam Drug closes 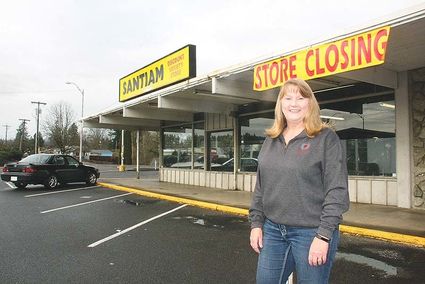 MANAGER Connie Moyer stands outside the now-closed Santiam Drug store, which had operated in the community for 52 years.

Manager Connie Moyer spent the past 42 years working there, as store manager since 1987.

Santiam Drug was opened by Don Wolfe in 1966 as a variety store, Moyer said. Wolfe operated the store as a branch of Cash King Liquidators after Moyer took over as manager; the chain eventually included nine stores. Wolfe's son, Mike Wolfe, took over after he retired.

Currently, Cash King owners have three stores in the Eugene-Springfield area and one in Reedsport.

Santiam Drug went through numerous changes since i...