SHFAD calls down, but department's getting plenty done 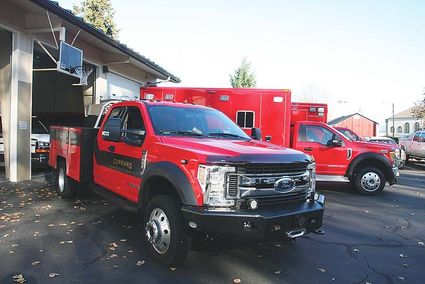 A NEW BRUSH RIG AND AMBULANCE are among the fire district's major bond purchases in 2018.

The Sweet Home Fire and Ambulance District saw a 4.4 percent decline in its total number of calls in 2018.

But while that aspect of the department's operations saw a downtick, SHFAD's been plenty busy in other areas.