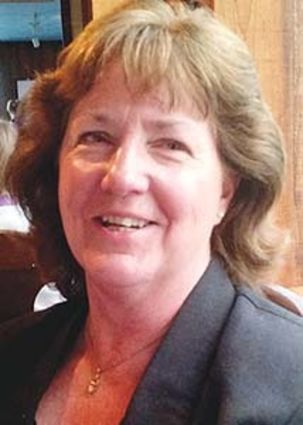 Charlotte Diane Rodgers was born Oct. 9, 1953 to Leo and Barbara Bennett in Lebanon.

She passed into the arms of Jesus on Dec. 27, 2018, in Klamath Falls, after battling cancer.

Charlotte graduated from Sweet Home High School in 1971, where she belonged to the Girls Glee Club and was the Sportsman's Holiday Queen. She took voice lessons and had a passion for playing the piano and singing. Her love for music led her to play both the piano and organ for local churches in the Sweet Home area.

On May 9, 1980 she married Richard Ray Rodgers in Klamath Falls, where they lived on and operated two ranches. They raised cattle and horses and harvested and sold hay and grain. They enjoyed working on the ranch with their children and later their grandchildren. They also owned and operated R&C Rodgers, Inc. for 18 years.

In 2009, God led them to start a church in Quincy, Calif., where they met and shared the gospel with everyone they met. In the seven years that they lived in Quincy she built numerous friendships and led the women's Bible studies and worship team.

The most important aspect of her life was her faith in Jesus and sharing her faith with family and friends. She enjoyed being a wife, mother, and grandmother, friend, singing and playing worship music, sewing and baking. She especially cherished time spent with her many grandchildren.

One of her ministries she loved was playing the piano and singing at the Klamath Falls Gospel Mission. She had a gift of being able to strike up a conversation with a complete stranger. She loved to encourage and help those around her. There was not a day that went by that she wasn't helping or praying for family and friends.

Her favorite scripture was Philippians 4:6-7: "Be anxious for nothing, but in everything by prayer and supplication, with thanksgiving, let your requests be known to God: And the peace of God, which surpasses all understanding, will guard your hearts and minds through Christ Jesus."

She was preceded in death by her grandparents, Doyle and Lois Marchbanks and Norval and Lucille Bennett.

There will be a memorial service to cele-brate her life at New Horizon Christian Fellowship at 1 p.m. Saturday, Jan. 12, in Klamath Falls, with a reception immediately following the service.

In lieu of flowers, please consider making a donation to the Klamath Falls Gospel Mission.