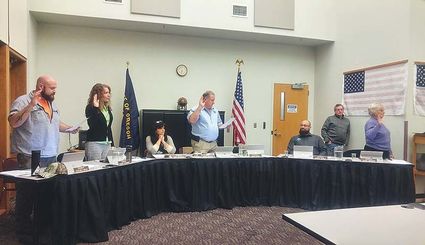 Although it may not be as fast as he would like, Mayor Greg Mahler believes the city is making progress in the right direction.

The City Council re-elected Mahler as mayor during its regular meeting on Jan. 8. Mahler and Councilor James Goble nominated themselves for the position, and the council voted unanimously to elect Mahler.

Nominations went to councilors Dave Trask and Diane Gerson for president pro tem, who serves as mayor when the mayor is unavailable. The council voted 4-3 to appoint Gerson. Trask was the incumbent president pro tem.