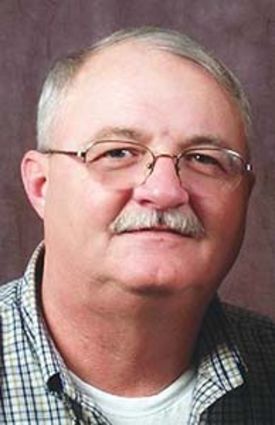 He grew up Brownsville and attended the Central Linn schools where he played football, basketball and met the love of his life. Bob graduated from Central Linn High School in 1974.

After the Navy, Bob worked in road construction and helped build I-5 and Highway 99 E. He graduated from Linn Benton Community College with an associate's degree in science and electronics in 1984. During this time, he was a member of the Central-Linn Jaycees (Junior Chamber of Commerce).

Bob worked at White's Electronics in Sweet Home for 33 years as an electronic technician in research and development and was nationally recognized as one of the top experts in the metal detecting community. He was well-known for his strong work ethic.

Bob was a volunteer football coach for the Central Linn school district, coaching elementary through high school varsity from 2002 to 2011.

He was a host father for two high school foreign exchange students: Torsten Motzkus from Germany (2009 to 2010) and Michiel Reijnierse from the Netherlands (2010 to 2011).

Bob was incredibly kind, generous and accommodating. He often opened up his home to family and friends in need. No one left the Canaday home hungry. Bob was a member of the Central Valley Church and a respected member of the community.

Bob was preceded in death by his parents, Moore and Nancy Canaday.

He is survived by his spouse, Mary Canaday of Halsey; his two daughters, Lisa of Lebanon and Lori of Vernon, Conn .; his son Tyler of Halsey; his two brothers, Dean (Linda) of Tangent and Richard (Grace) of the Philippines; and close friend, Carl Blasch of Corvallis.

A celebration of life will be held at 11 a.m. on March 9 at Central Valley Church in Halsey.

Services are under the direction of the Huston-Jost Funeral Home.

On-line condolences for the family may be made at http://www.hustonjost.com.