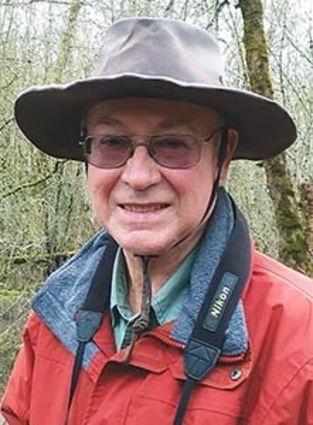 He was born in Lebanon to Theodore and Betty Lou Bridgeman Seleen.

Stan was raised and educated in the Sweet Home area and received a bachelor's degree in journalism from the University of Oregon.  He served in the United States Air Force and received an Air Force Commendation Medal.  After college, Stan became a steamfitter and was a proud member of UA Local 290 Plumbers and Steamfitters Union.

Stan was preceded in death by his parents, his brother Greg, and his wives Fran and Martha.

He is survived by his wife Cheryl, his brother Les, his sister Diana, his daughter Esther Hoffman (Nathan), his sons John (Gretchen) and Mark (Tracy), his step-daughter Carol Shaw (Bruce) and his grandchildren Kathy, Ben, Annie, Tyler and Devin.

Stan died of a subdural hematoma.  He had lived with Lewy Body Dementia with Parkinsonism for several years.

Stan was a kind and gentle soul who loved life, walking in nature, bird watching, photography, classical music, genealogy, being with family, and talking with friends.

Stan will continue to be loved and greatly missed by his family and his many friends.

There will be a celebration of life at the Unitarian Universalist Congregation of Salem on Saturday, Feb. 23, 2019, at 2 p.m.

In lieu of flowers, Stan requested that donations be made in his memory to the Unitarian Universalist Congregation of Salem or to Oregon Wild.

Virgil T. Golden Funeral Service is working with the family.