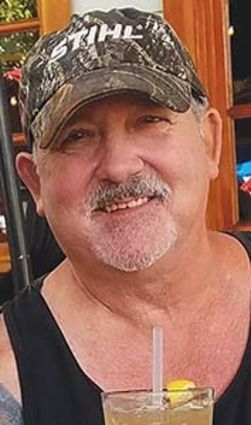 Mark lived in Bell, Calif., prior to his family moving to Sweet Home, Ore., in 1970. He attended Holley Elementary School, and later graduated in 1982 from Sweet Home High School. While attending high school, Mark enjoyed his time playing football as a part of the Huskies team.

After graduation, Mark made the decision to serve his country, and joined the Marine Corps. Mark always took great pride in being a Marine.

After returning to Sweet Home in 1986, Mark began his career in logging, just prior to meeting his wife and soulmate, Vicki (Varner) DeLong.

He loved working in the woods and loved to tell stories about all of his fellow loggers and all of the adventures they had together. He could "log" at home for hours, even after a long day on the job.

After a knee injury prevented him from returning to logging, he went to work for the Oregon Department of Transportation at the Santiam Junction, where he worked for 13 years until he retired in 2017.

Mark loved his family and spent 32 years, together with his wife Vicki, raising them in Sweet Home, where they had both grown up.

There was never a doubt that being "Papa" to his seven grandchildren was the biggest highlight in Mark's life. He also loved to travel with his wife, and although it took her a while to get him to try it, he became an avid cruiser and enjoyed his time spent on the ocean seas. Mark's last vacation was a bucket list trip to Cabo San Lucas, Mexico in October 2018, where he got a front row seat to watch Sammy Hagar perform at his very own "Birthday Bash."

He was treated like royalty and smiled for days.

Mark was preceded in death by his son Tristan Varner and father Roger DeLong, both of whom passed in 2008.

A Celebration of Life will be 3 p.m. Saturday, Feb. 9, at Sweet Home Elks Lodge.