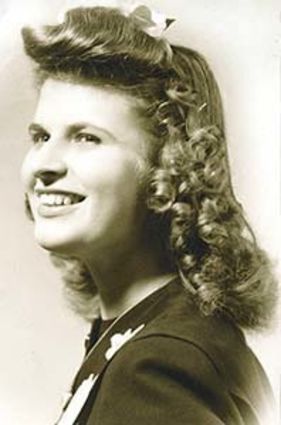 She attended St. Aloysius Catholic School. After graduating she met Del, who became her husband, in 1942 at a dance at the Playmor in Kansas City. He told everyone she was the prettiest girl in Kansas City and the best dancer. Because it was World War II, Mr. Ripley was stationed all over the United States attending aviation mechanic classes and working on planes, and she followed him. They were married Nov. 10, 1943.

When the war ended, the Ripleys moved to Sweet Home, where Mr. Ripley and his father opened Ripley's Chevron Station on the corner of 18th and Main. Mrs. Ripley worked at City Hall in the water department and for the Welds at Sweet Home Sanitation. She also worked at Edward Jones and in real estate in Lebanon.

Rosary will be at 12:30 p.m. Saturday, Feb. 9, at St. Helen Catholic Church in Sweet Home. Funeral Mass will follow at 1 p.m. A luncheon will follow the services, also at the church. Private interment will be at Gilliland Cemetery.

Memorial contributions can be made in Mrs. Ripley's name to St. Helen Catholic Church Building Fund.