Theft suspect arrested after police chase through Sweet Home, into the mountains 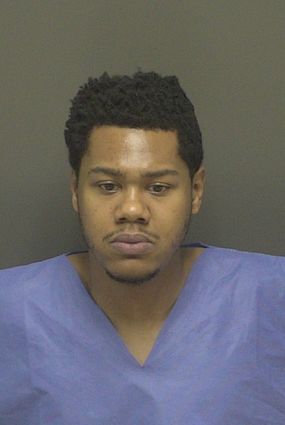 A new arrival to Lebanon is in custody in Linn County Jail after leading Sheriff's deputies on a pursuit from Albany to Milepost 48 on Highway 20 Thursday afternoon, Feb. 14.

Derrick Tyree Smallwood, 28, of Lebanon, was arrested after being tracked down by a police dog in the mountains east of Sweet Home. He was in jail Friday with bail listed at $30,500 for a wide variety of charges.

Sheriff Jim Yon said a suspect vehicle, a red 2000 Honda Civic with Illinois plates, was involved in a gas theft on Feb. 2 at Porter's on Hwy 99E in Tangent. On Feb. 14, deputies found the vehicle at 1:38 p.m. at the east side of an Albany McDonald's with the driver matching the theft suspect's description.

When deputies tried to contact the driver, Smallwood, about the theft, he put his vehicle in reverse and crashed into the patrol vehicle causing extensive damage to the front and passenger side before fleeing, Yon said. Deputies were outside their patrol vehicle when it was hit and were not injured.

Deputies pursued the Honda through Albany and onto Highway 20. The pursuit continued towards Sweet Home where the vehicle was spiked on Highway 20 near the intersection of Wiley Creek Road. Two of the tires were successfully deflated, but the Honda continued until it finally stopped near Mile Post 48 on Highway 20 east of Cascadia. Speeds during the pursuit were between 20 and 85 mph.

When the Honda finally stopped, Smallwood got out and ran down a steep embankment. An Albany Police Department K-9 unit assisted the deputies. The K-9 was sent to capture Smallwood as he continued to run. He resisted and drug the K-9 50 yards into the woods before the deputies caught up to them. Smallwood continued to resist and was taken into custody after being tased. He was the sole occupant of the vehicle.

Smallwood is from Georgia, but had been living in Lebanon for the last month.

He was taken to Lebanon Community Hospital to be treated for non-life threatening injuries. He is being charged with attempt to elude (in a vehicle), attempt to elude (on foot), failure to perform the duties of a driver (property damage), reckless endangering, criminal mischief II, escape III, reckless driving, resisting arrest, and theft III.