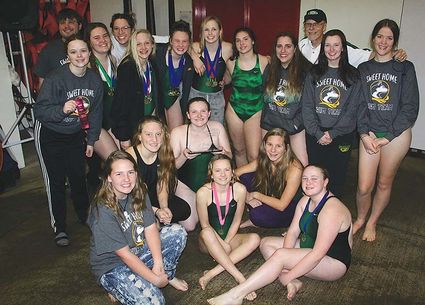 Sweet Home's girls won their sixth straight 4A/3A/2A/1A District 3 swimming title Friday in a weather-shortened meet that was trimmed from two days to one.

Due to predictions of ice and snow, coaches and meet officials decided Friday morning, Feb. 8, to eliminate the traditional second-day finals, in which the top 12 finishers in each event on Friday compete for final places on Saturday. Instead, organizers decided to simply go by times posted in the preliminaries to determine place-winners.

It didn't make much difference for the Huskies, though. The girls finished ahead of Salem Academy,...