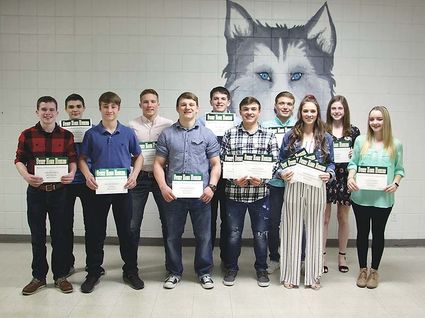 Thorpe and Royer, both juniors, won state titles in the 4A boys championships on Feb. 23 and Kurtz, a senior, won her third girls championship in a competition that included girls from all divisions.

The Pat Baxter Outstanding Wrestler award is named after a longtime supporter of the program who, Coach Steve Thorpe reminded the crowd at the dinner, used money she'd made babysitting to purchase an Outsta...