North River fire spreads from shop to home, destroys both 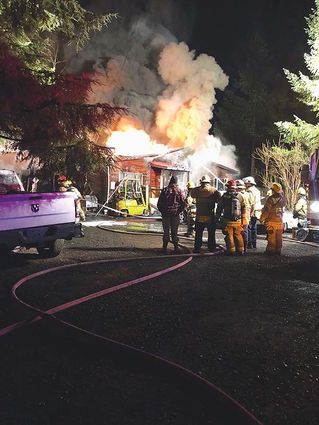 FIREFIGHTERS work at the scene of a blaze that destroyed a North River Road shop and home on March 6.

Firefighters responded to a report of a fire at 41875 North River Drive at 3:44 a.m. to find a fully involved 25-by-40-foot shop, said Randy Whitfield, Sweet Home Fire and Ambulance District battalion chief. The fire was in close proximity, within 3 feet, of a 1,400-square-foot house.

The fire had already extended into the house, and a neighbor's shop was exposed, Whitfield said. That's when he called a second alarm. 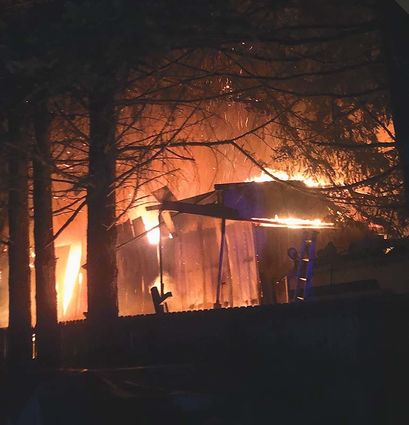 Lebanon responded with an engine, a battalion chief's rig, a pumper tender and a water tender, joining a local engine, medic unit and tender. Brownsville sent a tender.

Some 20 to 25 personnel responded, taking care of the exposure to the neighbor and extinguishing the fire.

An investigation that included the state fire marshal's office, Oregon State Police and SHFAD investigators was unable to determine a cause, Whitfield said. The shop and house were destroyed.

Property owners and occupants were Jim and Karen Davis.

The Red Cross responded to assist them.

No one was injured.