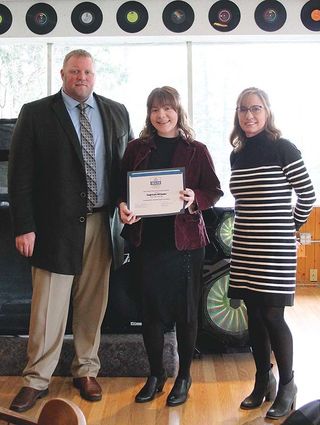 ANGELEAH WILLIAMS, center, is awarded Youth of the Year, presented by Jared Cornell and Kris Latimer.

Sweet Home High School senior Angeleah Williams was honored as this year's Youth of the Year by the Boys & Girls Club of the Greater Santiam.

In an essay describing her life as a child whose family has moved multiple times in different states and whose father struggled with alcoholism, she said it was difficult to find stability in the home. She describes learning experiences she encountered regarding diversity and racism in our country.

By the time she was 10 years old, Williams felt trapped, secluded and insignificant. But then she became a member of the Club at Sweet Home where she...