Huskies look to cash in on experience, talent in track and field campaign 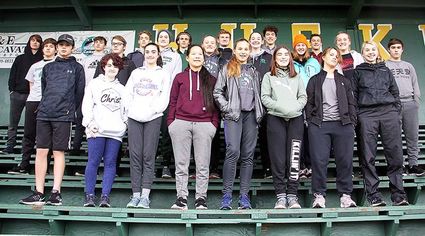 Having seen his track and field teams spend nearly all of the last two weeks under cover due to the snowy weather, Head Coach Dakotah Keys will be as interested as anyone in what takes place when the Huskies open their season March 13 at the Saxon Icebreaker at South Salem.

Keys, who is starting his third season at the helm, has roughly 70 athletes on his roster, similar to last year, he said. His assistants, as of last week, included veteran coaches Ramiro Santana and Randy Whitfield, along with Emmy Collier, Kait- lyn Watts, Nathan Whitfield and Chris Carpenter.