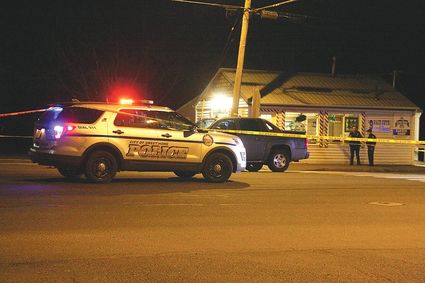 POLICE investigate the scene at 22nd Avenue and Main Street Friday night, March 15, where a woman was struck and seriously injured by a vehicle and the driver then killed himself.

A Sweet Home man committed suicide after striking and critically injuring a Sweet Home woman with his vehicle Friday evening.

Police responded to a report of the crash on the north side of the intersection of 22nd and Main streets at 7:49 p.m., said Police Chief Jeff Lynn. Medics, including one who was off duty, also responded and rendered aid to Hadland,...