Swanson MVP as cagers finish with best season since 2010-11 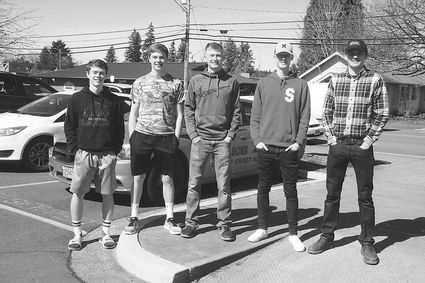 He received the award during the team's annual awards dessert on March 12.

Austen Miller and Owen Towry were the Junior Varsity Players of the Year.