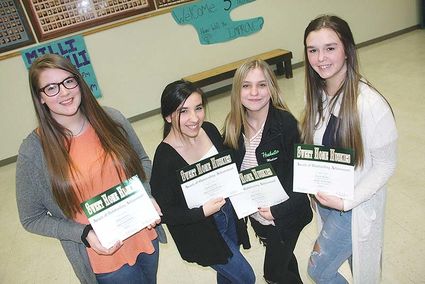 Freshman Gracie Wilson was named Rookie of the Year. Wilson and freshman Madison Seavey were Most Improved, and sophomore Abby Jernejcic was Most Inspirational.

The awards were decided by a team vote.

"This is the first time I've had such a young team," said Coach Eohe Howerton. The team was nearly all freshman and sophomore with a single junior and no seniors.

She said her team improved all year long and showed great sportsmanship thi...