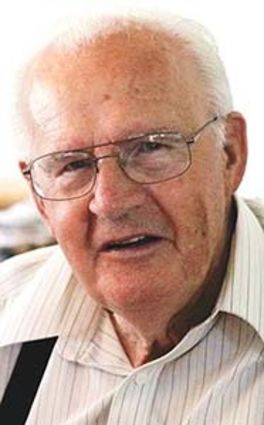 Mr. Mosher lived in Sedro Woolley until he was 14 years old, when his family moved to Sweet Home, where he lived most of the rest of his life.

He graduated from Sweet Home High School in 1945; at which time he enlisted and served in the United States Navy until 1949.

Mr. Mosher married Geraldine Graves on Dec. 23, 1946 in Vancouver, Wash. After completing his service, he returned to Sweet Home and worked, first for Santiam Mill and then, eventually, at Midway Building Supply, where he retired after about 40 years.

A celebration of life is planned for 2 p.m. Thursday, April 4, at Sweet Home Funeral Chapel. Burial, with military honors, was held at Liberty Cemetery.