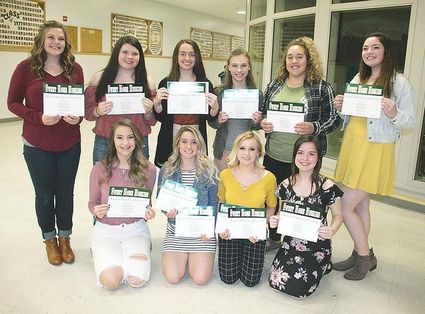 The team also named Grady its Most Inspirational for the fourth year in a row.